As the Premier league celebrates its 25th birthday, we thought it only right to re-live some of the best goals from the best league on the planet.

So, sit back, relax, and reminisce in the best Premier League goals from the last 25 years, you beauty! 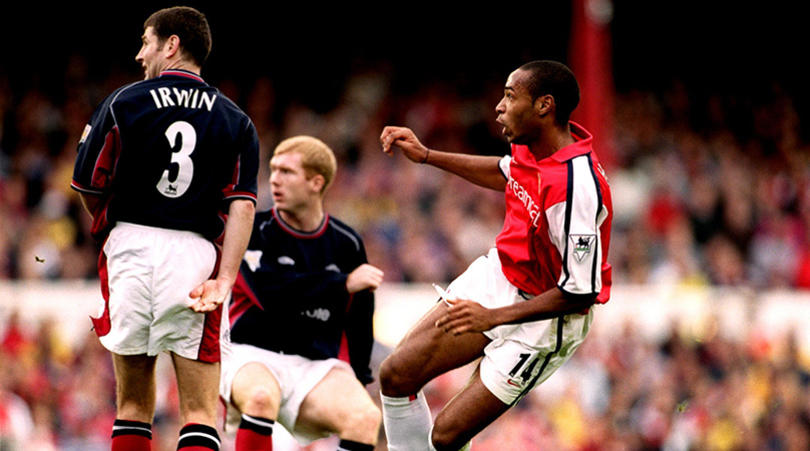 What better way to kick off the best Premier League goals than with this strike from Manchester United and England’s record all-time goalscorer?

The 10 richest football clubs in the world

At his best, Henry was superior to any player in the league and struck fear into the heart of any defenders who faced him.

This iconic goal from the Frenchman will live in the minds of the Arsenal faithful forever.

Probably the Ivorian’s signature strike of all of his Premier League goals.

This famous volley oozed the class and quality that Drogba displayed throughout the entirety of his spell in West London.

The 10 most expensive transfers in footballing history

This is vintage Wayne Rooney and an absolute classic from the Premier League vaults.

His passion and unparalleled talent made him a true pleasure to watch during the noughties, and this goal is a testament to the player he was at his best.

Despite causing the rift that would lead to City’s ultimate relegation from the Premier league in ’96, Kinkladze would be the only silver lining of an incredibly bleak season for the Mancunians.

Although part of a sinking ship that year, the Georgian would depart England’s top flight with this absolute gift against Saints.

The 10 best premier league players ever

Easily one of the most naturally gifted players to ever grace the Premier League, this goal portrays everything that was great about Le Tiss – his craft, his skill, his eye for an exquisite goal.

One of the best Premier League goals scored by one the best players in the history of the championship.

This is one of those classic goals that you used to spend hours trying to recreate in the back garden or on the schoolyard, but you never quite made it.

The Italian’s strike is one of those once in a blue moon goals that you can never begin to believe regardless how many times you watch it. The timing, technique, and precision are of the absolute highest degree.

For the past 22 years, every single time a ball has broken loose outside the area, players and onlookers have thought “Yeboah!”, before seeing the oncoming player miserably scuff or sky their ambitious effort.

There are few things in life sweeter than seeing a crisply struck volley rattled in off the underside of the cross bar. Absolute music!

The richest sports teams in the world

Once you get over the fact that this is not your favourite footballer of the Premier League era, you can appreciate the fact that Wallace’s solo effort is a thing of pure beauty and skill.

Back in ’93 football was a different game, made more for target men and hatchet men than pacey dribblers. But, despite playing on turf to match the most mediocre of today’s Sunday league pitches, Rod Wallace single-handedly cut Spurs apart before having the composure to stick it top bins.

Just a great goal, through and through.

Probably the coolest piece of magic the Iceman ever produced, this quick thinking pirouette and clinical finish epitomise everything the Dutchman was about.

Some will say he didn’t mean it, but anyone who has ever watch Bergkamp in action will know otherwise. Take a look at the video – keep a close eye on his movement throughout and you’ll realise that this was football in its finest art form.

A deserved top pick among the best Premier League goals ever.

The 5 best footballers of the 21st century

PledgeSports is the global leader in crowdfunding & sponsorship for sport.

The Top 10 Premier League Soccer Goals of All Time