Manchester United’s Edinson Cavani orchestrated a fantastic comeback for his side at the end of last month, scoring a double to help earn the Red Devils a 3-2 win at Southampton, with the visitors 2-0 down at the break.

It was an exciting encounter, but it just misses out on the top ten list of Premier League comebacks of all-time, such has been the presence of thrilling turnarounds in the competition over the years.

We take a look at the top 10 Premier League comebacks of all-time.

Nobody could forget this unbelievable encounter, especially not Newcastle supporters, who couldn’t believe what was unfolding in front of their very eyes at St James’ Park almost a decade ago. Theo Walcott and Johan Djourou had the away team 2-0 up after just three minutes, with a Robin van Persie double making it 4-0 at the halfway stage.

But Abou Diaby’s 50th minute red card gave the Magpies hope, with Joey Barton netting twice from the spot either side of a Leon Best strike to make it 4-3. The stadium then erupted just three minutes from time, when the impossible comeback was complete thanks to a 30-yard thumping volley from the late Cheick Tiote.

Arguably the most dramatic Premier League encounter ever, Man City supporters thought the chance to seal a first title in 44 years was well and truly gone when their fierce rivals Manchester United clinched victory at Sunderland. But just minutes after the full time whistle went at the Stadium of Light, City were planning a miracle of their own at the Etihad.

The ten men of QPR led 2-1 with the game almost over, before Edin Dzeko netted in the 92nd minute to level things up. And in incredible and truly unprecedented scenes, his fellow striker Sergio Aguero popped up with a winner two minutes later to steal the trophy away from United.

Another memorable encounter, but one that Liverpool fans will remember for all the wrong reasons. The fixture at Selhurst Park was a must-win for the Reds after their Stamford Bridge misery a week earlier, with the Merseyside outfit still within a chance of clinching their first ever Premier League trophy.

And it started in fine fashion, with Joe Allen, Luis Suarez and a Damien Delaney own goal giving Brendan Rodgers’ side a convincing 3-0 lead. But those three points were snatched away from the visitors in the blink of an eye, with Delaney scoring at the right end before a quickfire double from Dwight Gayle broke Liverpool hearts across the world.

Sir Alex Ferguson certainly dominated the headlines in the build up to the game, in what was his last ever match in charge of the club. He had already guided his side to the league title weeks before, but was still keen to go out with a bang at The Hawthorns. That certainly seemed the case as his team flew into a 3-0 lead, with James Morrison pulling a goal back before the halfway stage.

A young Romelu Lukaku was then introduced for the Baggies, scoring just five minutes later, but the away side soon regained control thanks to goals from Van Persie and Javier Hernandez. Lukaku netted another before Youssouf Mulumbu made it 5-4, with the future United striker sealing his hat-trick with four minutes on the clock to deny Ferguson a winning send-off.

Another thrilling encounter involving Liverpool, but another one that their fans will want to forget all about. Sadio Mane and Divock Origi gave the visitors a 2-0 halftime lead, with Emre Can scoring a third after Callum Wilson had pulled one back for the hosts.

But Jurgen Klopp and indeed the entire Vitality Stadium were left stunned when the Cherries decided that they weren’t going down without a fight. Ryan Fraser and Steve Cook netted within two minutes of each other to level the scores, before Nathan Ake bundled in a 93rd-minute winner.

There have been plenty of north London derby classics over the years, but this meeting may just top the list, at least from an Arsenal point of view. But it certainly didn’t start in their favour, with Emmanuel Adebayor coming back to haunt his former side after Louis Saha scored an early opener.

But the Gunners certainly weren’t ready to totally capitulate in front of a shocked Emirates Stadium, and quickly recovered through Bacary Sagna and Van Persie. Tomas Rosicky completed the comeback just six minutes after the restart, with Theo Walcott’s double condemning Harry Redknapp’s men to a humiliating defeat.

Unfortunately for Spurs, that drubbing at the Emirates wasn’t the only time they were the victims of a stunning comeback, with Man Utd doing exactly what Arsenal did a few seasons earlier. Darren Bent and Luka Modric put the travelling side 2-0 up to silence Old Trafford, but the stands didn’t stay quiet for long.

Just 22 second half minutes was all it took for United’s main men to burst into life, with Cristiano Ronaldo and Wayne Rooney both netting braces, before former Spurs man Dimitar Berbatov put the icing on the cake to make it 5-2.

United were again involved in an epic encounter, but this time it was the Red Devils who conceded five, with newly-promoted Leicester putting them to the sword at the King Power Stadium. A flurry of action saw the visitors take a 3-1 lead, but the Foxes proved that they were in the top-flight to stay with a remarkable fightback.

David Nugent’s spotkick saw that fightback begin, with summer arrival Esteban Cambiasso equalising with his first goal for the club. Jamie Vardy then found the back of the net to give the home side the lead, with his fellow forward Leonardo Ulloa sealing the astonishing victory.

It had been a tough start to 2016 for Jurgen Klopp’s men, who had already lost to West Ham and Man United, and drawn with Arsenal before their trip to Carrow Road. It got even worse when the hosts went into the break with a 2-1 lead. But second half goals from Jordan Henderson, Roberto Firmino and James Milner, and one for Wes Hoolahan, saw the Reds lead 4-3 going into added time.

But the Canaries managed to level the scoring in the 92nd minute through Sebastien Bassong, and that should have been that, before Adam Lallana stepped up to drive home a last-gasp Liverpool winner three minutes later. The match-winner lost his shirt in the wild celebrations, with Klopp’s glasses equally flying wayward as Alex Neil watched on in dismay.

Incredibly, Spurs were once again involved in one of the league’s greatest ever fightbacks, and fortunately for them they were on the winning side against Leicester two years ago. Fittingly, Wembley played host to this thrilling encounter, with Tottenham’s new stadium still under development at the time.

Mauricio Pochettino’s men were left shell shocked when the Foxes stormed to a 3-1 lead after 47 minutes, but three goals in just 11 minutes saw the hosts somehow go 4-3 up. Vardy scored his second of the afternoon to level the scores, but Harry Kane found his second soon after to clinch a 5-4 victory for his side.

Do you agree with this list? What games have we missed? 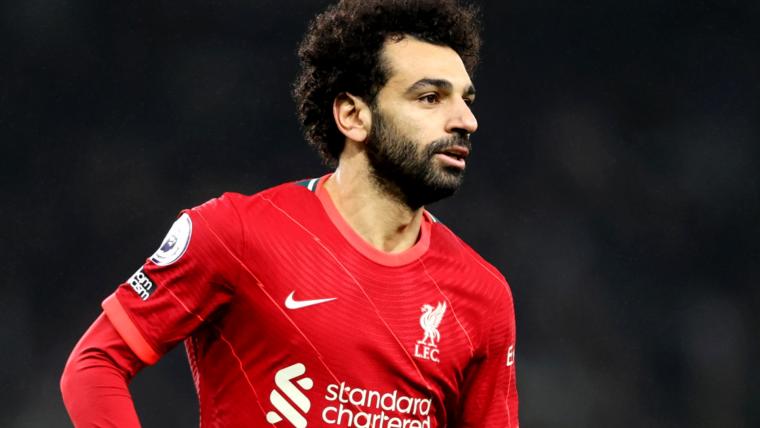 PL’s greatest comeback kings –and the club softer than Spurs